“Four” is what Walter Thomas Price has been known as ever since the day of his birth in October 1967.  Known for his authentic compassion for people, Four grew up in the Texas Panhandle with a genuine and strong commitment to faith, family and community. Four’s Panhandle roots run deep. His great grandfather was a farmer who settled in Carson County in the early 1900’s.

Four is grateful that his parents instilled within him a character that is built upon the bed rock values of hard work, keeping one’s word, and caring for family, friends and neighbors. These values and discipline were reinforced by his many caring teachers throughout his formative years. Also, Four credits his working on area ranches and farms during his high school summers as teaching him many valuable life lessons.

In 1986, he graduated from Tascosa High School and headed to Austin to attend the University of Texas at Austin. There, he earned a bachelor of business administration degree in finance. Upon graduation, he worked in finance before heading to law school at St. Mary’s University in San Antonio. After receiving his juris doctor degree, he began his distinguished legal career as an attorney, which included having served as the co-managing partner of a well-respected local law firm, having led the Amarillo Area Bar Association after being selected by his peers, and having served as a judicial law clerk to the late Honorable Mary Lou Robinson, a long-time federal district judge in Amarillo. Presently, Four is a vice president and trust officer for an Amarillo financial institution. While professional excellence and integrity are certainly important to Four, he believes his greatest responsibility is being a devoted husband and father.

The devotion to family and involvement in community civics were the catalysts for Four to consider running for state representative when the incumbent decided not to seek reelection in 2010.  After much thoughtful prayer, including on the part of his loving and supportive wife Karen, he decided to run for the open seat for House District 87, which now consists of Carson, Hutchinson, Moore, Potter and Sherman counties. Four in 2010 won both the contested Republican primary and  the contested general election.  In 2018, Four was reelected to a fifth term by the voters in the contested Republican primary with 78+% of the votes. He was unopposed in the general election.

From the time he first began serving the people of House District 87 as their state representative and to the present day, Four has earned the excellent reputation as a leader who studies the issues, listens, and deliberates. Four is known in the halls of the Texas Capitol to be willing to tackle head-on many of the complex challenges facing our state. He is known as a thoughtful and effective problem solver. Because of his reputation as a serious and hard-working legislator, with a like-minded legislative staff, Four has successfully passed many meaningful bills which were subsequently signed into law by both Governor Perry and Governor Abbott.

Four and Karen, a graduate of Texas Tech University, live in Amarillo. They worship at a local Christian congregation and are active in the community.  They are the proud parents of four young adults who are in their twenties – two have careers and two are attending Texas public universities. All of their children attended Amarillo public schools.  Four and Karen, now empty-nesters, are looking forward to days of ‘spoiling’ their future grandchildren.

Four, an optimist, remains strongly passionate being a strong voice for the Panhandle and a positive impact for Texas.  To learn more about Four’s legislative priorities and accomplishments click here.

My Christian faith guides and directly impacts my public policy decisions. To do otherwise would be inconsistent with my Christian faith. It is the source of my strength and comfort whether life’s circumstances are difficult or peaceful. My faith in my redeemer Jesus Christ permeates my entire life.

I am very thankful that I have been blessed with a loving Christian wife, Karen.  Together we do our best to instill in our children the importance of a life guided by the Spirit of God.  While my life has not been immune from trying challenges – and no one’s life is free from trials – I truly believe that God has blessed me beyond measure.  For my faith and His guidance, I am eternally grateful to Him.

I believe it is essential in a civilized society to protect the most vulnerable – persons who are frail due to age or disability and persons who are alive in the womb but not yet born.  I am unabashedly pro-life and believe that life begins at conception. I will continue to advocate for the vulnerable while serving in the Texas House.

Government at any level should only do those things it is constitutionally permitted to do. Thus, a limited government should do only a few things and do them efficiently with minimum cost to the taxpayers. Also, government should promote individual liberty and individual responsibility. Regarding any current or proposed legislation, I will always ask two key questions in determining whether it should exist or not.  Is this the proper role of government? Is it absolutely necessary to protect our public safety?

As a proponent for limited government and local control, I have supported and voted for resolutions in the Texas House of Representatives to call for a convention of states under Article V of the United States Constitution for imposing fiscal restraints on the federal government, limiting the power and jurisdiction of the federal government, and limiting the terms of office of federal officials and members of Congress.

I strongly support public education, institutions for higher education and our schools for career and technical training. We should provide high-quality education opportunities for Texas students so that they will be competitive in our workforce and have the best chance of success. All Texas children deserve the opportunity to live up to their fullest educational potential, and our public schools and teachers are a key ingredient to making that possible.  I am a product of the Texas public schools, and I know this served me well in my life. My Amarillo ISD public school teachers taught me well and prepared me for my future. My children attended public schools and have gone on to attend Texas public universities. The education opportunities our community provides will help our region grow and remain economically robust. Amarillo College, Frank Phillips College, West Texas A&M University and Texas Tech University Health Sciences Center at Amarillo all enrich the Panhandle by educating generation after generation of students.

I will continue to advocate for changes to our current school finance system so that all districts are treated fairly regardless of where they are located and regardless of their size.  Further, equitable funding also makes sense in our modern mobile society. A child educated in one area of our state will likely grow up to become a business owner, nurse, plumber, or engineer in another community. Thus, we must ensure that our career technology and vocational programs are emphasized like college readiness is today.

While I strongly support public schools, I also fully support the rights of parents to determine what type of education they believe is best for their own children – whether public, charter, private, parochial, or home school.

Today begins the 75th annual #DogieDays Celebration. I would like to thank the Dumas Noon Lions Club for their hard work on this event! I am pleased to have authored HR 1673 to recognize this celebration: https://bit.ly/3fPLQQ8. For event details, visit https://bit.ly/3pkdyI2 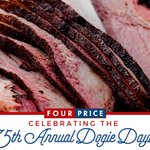 On this day in 1789, James Madison introduced to the U.S. House of Representatives what would eventually become the #BillOfRights. 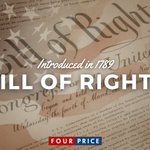 Today begins the 75th annual Dogie Days Celebration. I would like to thank the Dumas Noon Lions Club for their dedication to community service and their hard work on this event! I am pleased to have authored HR 1673 to recognize this celebration: bit.ly/3fPLQQ8. For event details, visit bit.ly/3pkdyI2. ... See MoreSee Less

Share on FacebookShare on TwitterShare on Linked InShare by Email

I took out time to watch and study this company and I have to say that it is one of the best projects I've ever been part of. It is absolutely amazing to be able to grow steadily with a stable project. 💣Instant withdrawal system 💣Referral commissions 💣 No withdrawal fee 💣 24/7 active support 💣 Secured Start earning with them today cutt.ly/Ab3gqNJ

On this day in 1789, James Madison introduced to the U.S. House of Representatives what would eventually become the Bill of Rights. ... See MoreSee Less

Share on FacebookShare on TwitterShare on Linked InShare by Email

Madison is widely regarded as one of the most important Founding Fathers of the United States. Historian J.C.A. Stagg writes that "in some ways—because he was on the winning side of every important issue facing the young nation from 1776 to 1816—Madison was the most successful and possibly the most influential of all the Founding Fathers."

Watching the HBO adaption of the John Adams bio helped clarify for me how much more...messy all that time was where our Constitution and government emerged....no less inspiring (even more) but a reminder that these were real human beings trying to balance out all sorts of difficult things and ideas!👊👊👊

Madison is widely regarded as one of the most important Founding Fathers of the United States. Historian J.C.A. Stagg writes that "in some ways—because he was on the winning side of every important issue facing the young nation from 1776 to 1816—Madison was the most successful and possibly the most influential of all the Founding Fathers."