AUSTIN (Nexstar) — Muleshoe Area Medical Center says the telemedicine services at their facility are a worthwhile investment.  CEO Dennis Fleenor says that without it, “bottom line, people would die.”  The center partners with the UMC Health System to bring telemedicine services for patients in their community of just over 5,000 people. Since 2017, the medical center has had access to video-calling Level I physicians at UMC in Lubbock. The goal is to provide immediate care to patients while preventing travel into Lubbock unless it’s absolutely needed, Fleenor said.  One of the examples when this has been beneficial, he said, was when a local farmer had a shoulder that separated in a farming incident.  “We were able to access an orthopedic surgeon, a Level I trauma center orthopedic surgeon via telemedicine,” he said. “They can walk our providers through a process and we can actually set the shoulder here.”  Current regulations require hospitals that have a Level IV trauma designation, like Muleshoe Area Medical Center, to have a physician on standby or able to respond within 30 minutes to the emergency room at all times, year-round. For many of the smaller hospitals throughout Texas, sometimes it’s not possible. House Bill 871, filed by Rep. Four Price, R-Amarillo, and signed by Gov. Greg Abbott allows for Level IV trauma facilities to use telemedicine medical services to meet that Level IV designation requirement. An on-call emergency physician can use the video-conference capabilities to provide patient assessment, diagnosis, consultation, treatment or transfer medical data to another physician, advanced practice registered nurse or a physician assistant at that facility.  “We still have that hands-on, face to face [interaction],” Fleenor said. “It’s an addition to and not a replacement of.”  Dr. Debra Patt, vice president at Texas Oncology and chair-elect of the Texas Medical Association’s Council on Legislation, says the state took significant steps in telemedicine back in 2017. “There are still some critical access populations that did not have access to telemedicine services,” she said. Senate Bill 670, filed by Sen. Dawn Buckingham, R-Lakeway, would require Medicaid to cover telemedicine services. This bill passed both chambers unanimously and was sent to the governor’s desk. The bill would also require that federally qualified health centers may be reimbursed for certain costs for telemedicine medical service or telehealth services delivered by a health care provider to a Medicaid recipient. It also prohibits the Health and Human Services Commission from limiting a physician’s platform choice. “How do you close the gaps in geography to make sure that patients can stay at home and don’t have to travel to get their care but yet, they can have access to critical services that may be only in certain geographical areas like big cities?” Patt said. “Telemedicine has been a great way to improve upon that.” “I think telemedicine is something that will continue to evolve and improve over time,” she added.

More than 30.3 million Americans are affected with #diabetes. I encourage Texans to speak with their physician to learn more about ways to reduce risk factors. I authored HR 2145 recognizing November 2020 as #AmericanDiabetesMonth which you can read here: http://bit.ly/2JvhiTd 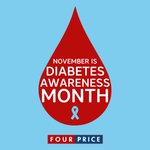 Our Capitol Office is relocating to 1N.9 for the upcoming legislative session. My hardworking team and I are excited to make the move from the extension into the Capitol building. 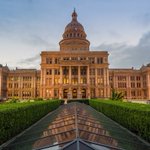